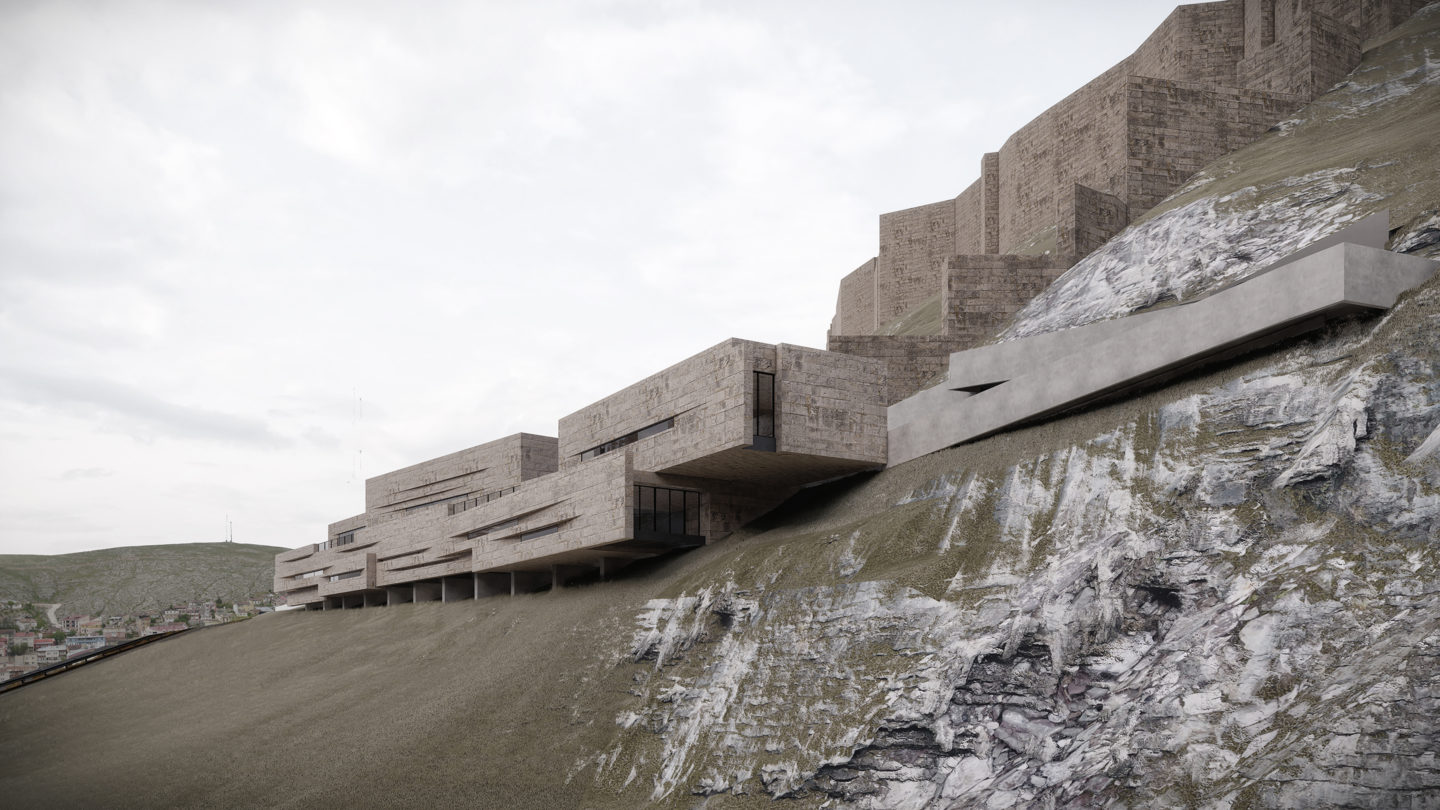 With a design philosophy derived from the topography, history and urban texture of the city, Chinimachin Museum forms a new cultural focus and public space for the city of Bayburt and its visitors. The museum aims to establish a dialogue between the urban center and the historic fortress of Bayburt whilst exposing the city’s historic values. 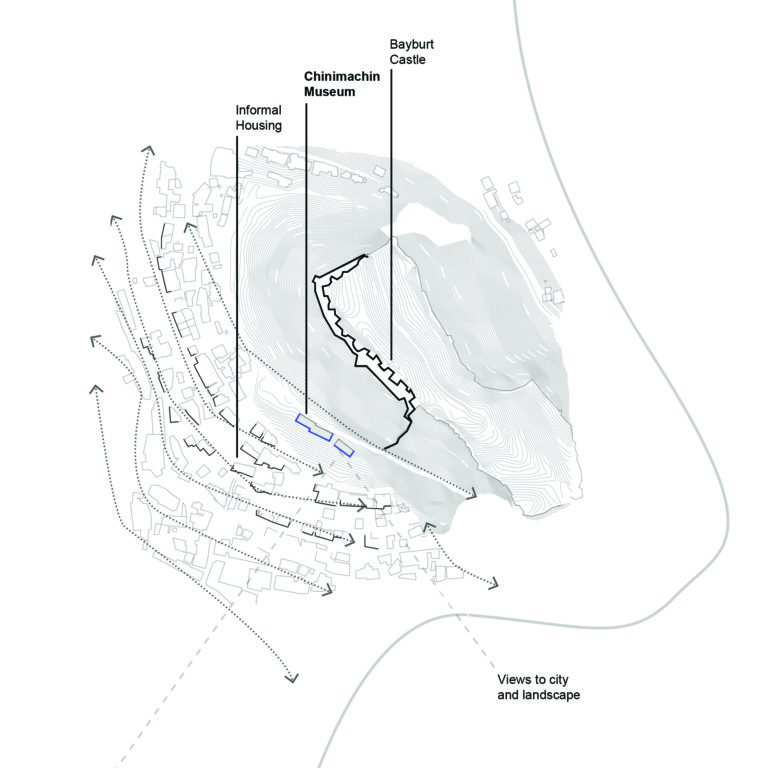 Chinimachin Museum is situated on the foot of the hills forming a boundary between Blacksea and Bayburt. The city, surrounded by the mountains both in south and north, is a large valley and thus has a characteristic topography, which has been a dominant factor during the establishments during the historical ages. The strong dialogue between the existing topography and the Chinimachin fortress has been the focal point for the formation of the cityscape. Chinimachin Fortress, built around 200 A.D, takes its name from the delicate blue, purple and green precious tiles called “Çini”, on it’s west and south facades. 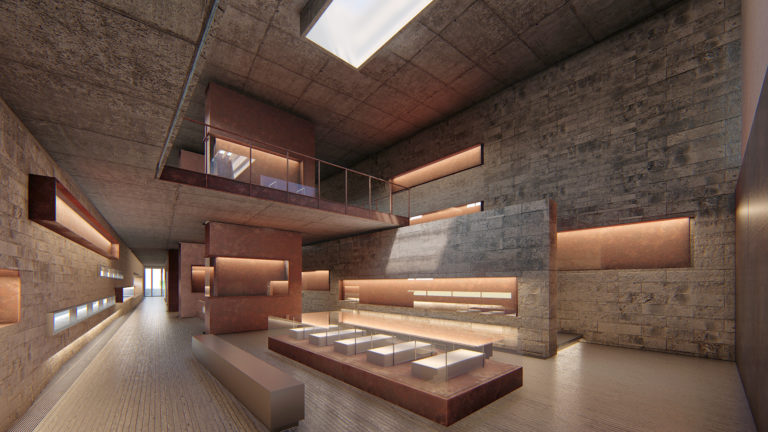 The museum design aims to unify architectural elements with constructional and functional features, resulting in a family of elements that function as volumes, panoramic windows, seating elements, and exhibition displays. Long, linear openings offer panoramic city views for the visitors, whilst natural lighting for the museum is provided by skylights.

The façade of the building, consisting of local Bayburt stone, is designed to preserve the ongoing stone workmanship and reduce the carbon footprint to be spent on transportation. The general illumination of the museum is provided by roof lights in the gallery spaces. 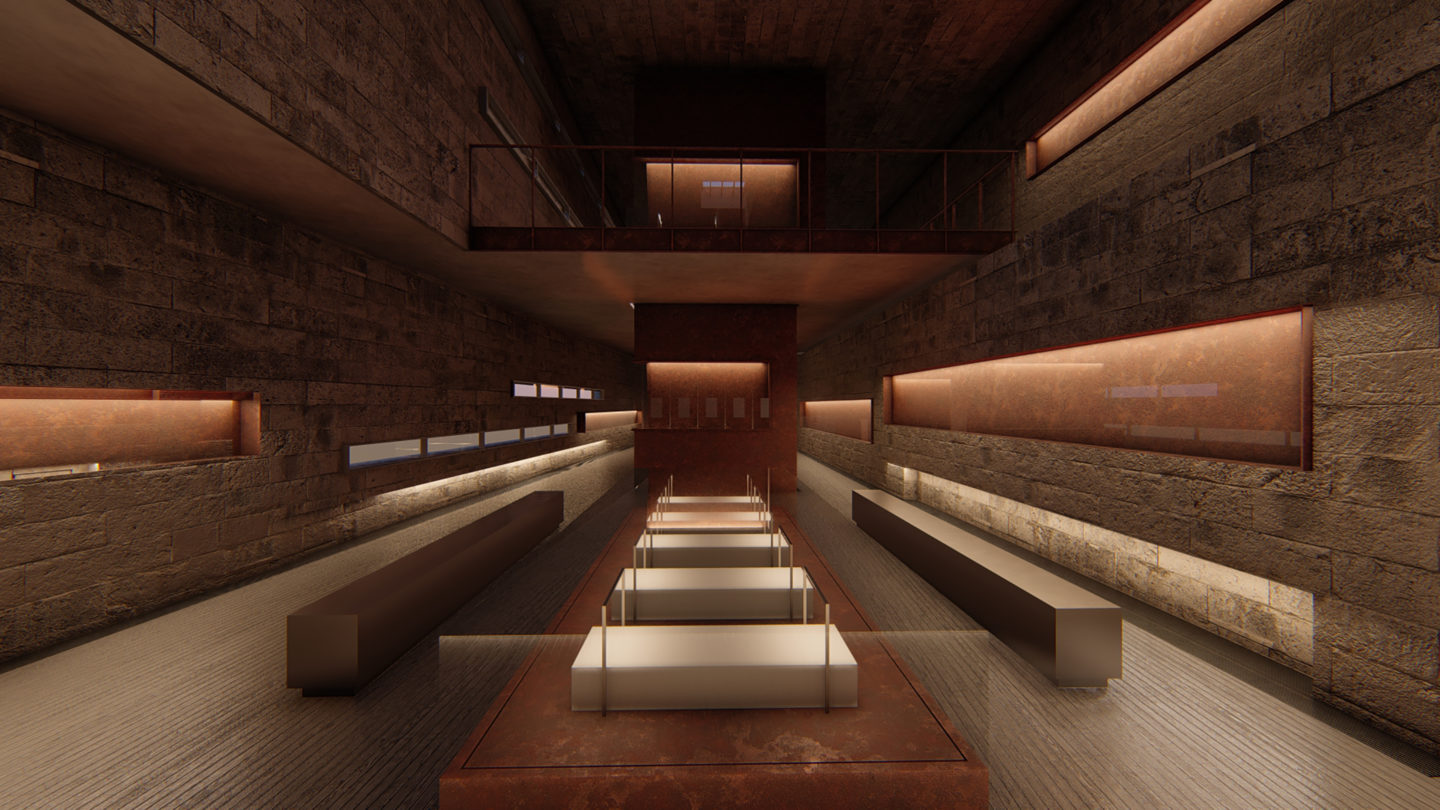 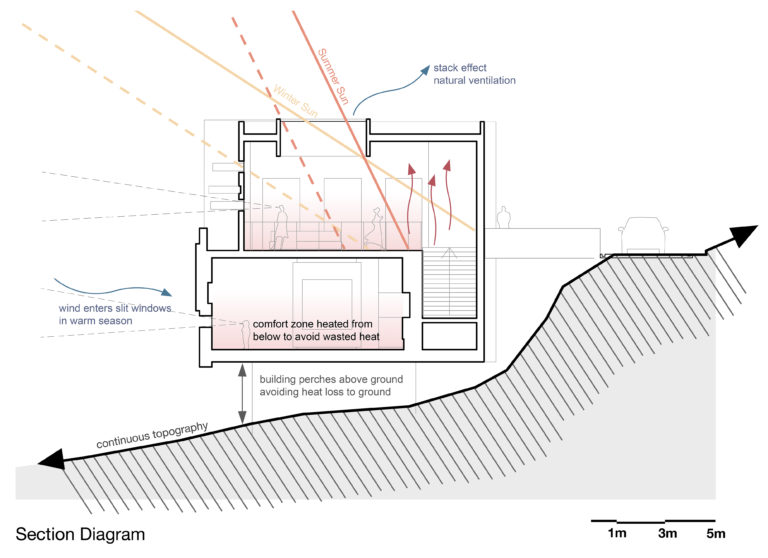 The museum negotiates a close relationship to the informal housing of its surroundings and blends in with the existing rocky texture of the hill with its coherent mass organization. The walls of the museum are made of the same local Bayburt stone as the Chinimachin Fortress. The complete volume is elevated by structural walls to let the earth flow naturally below the building. 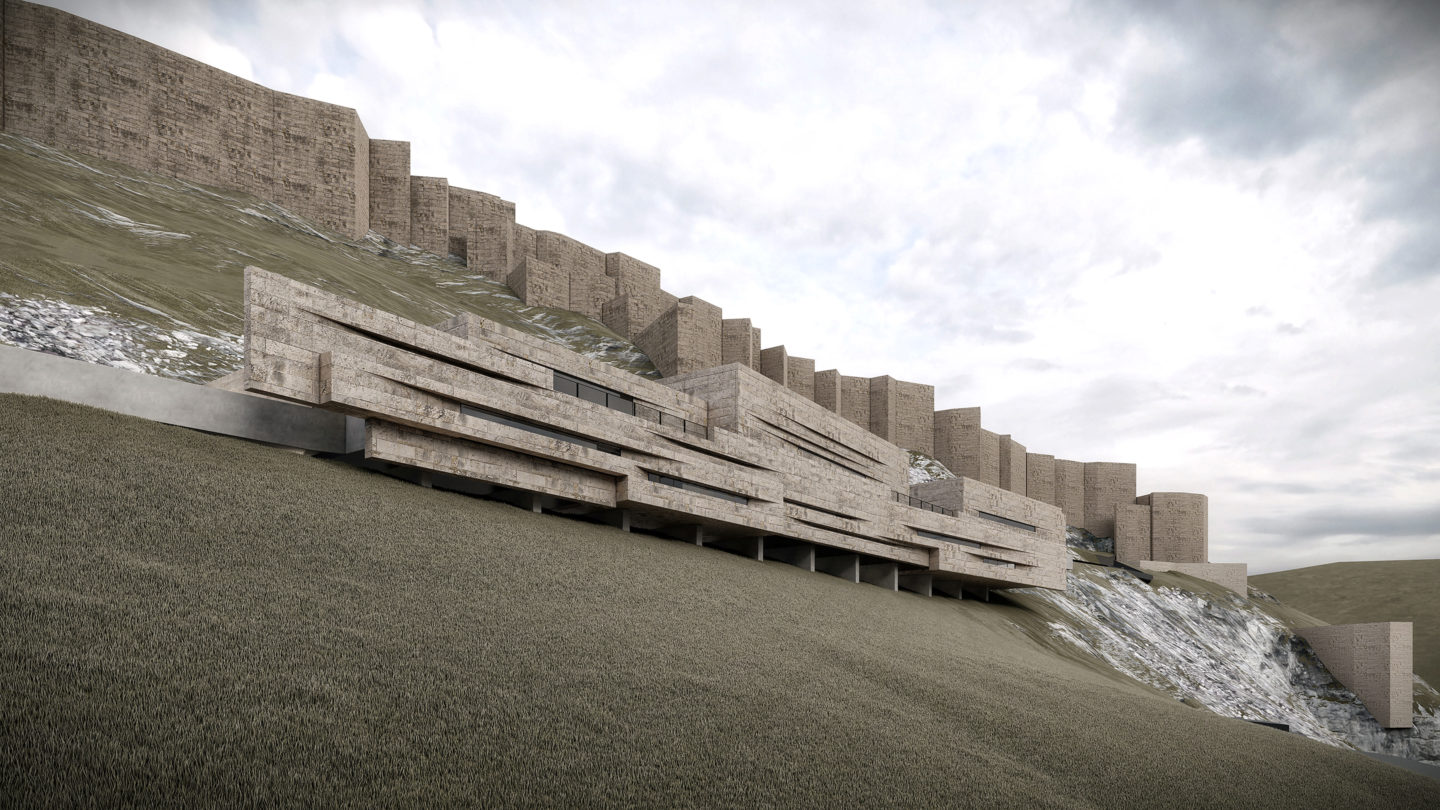 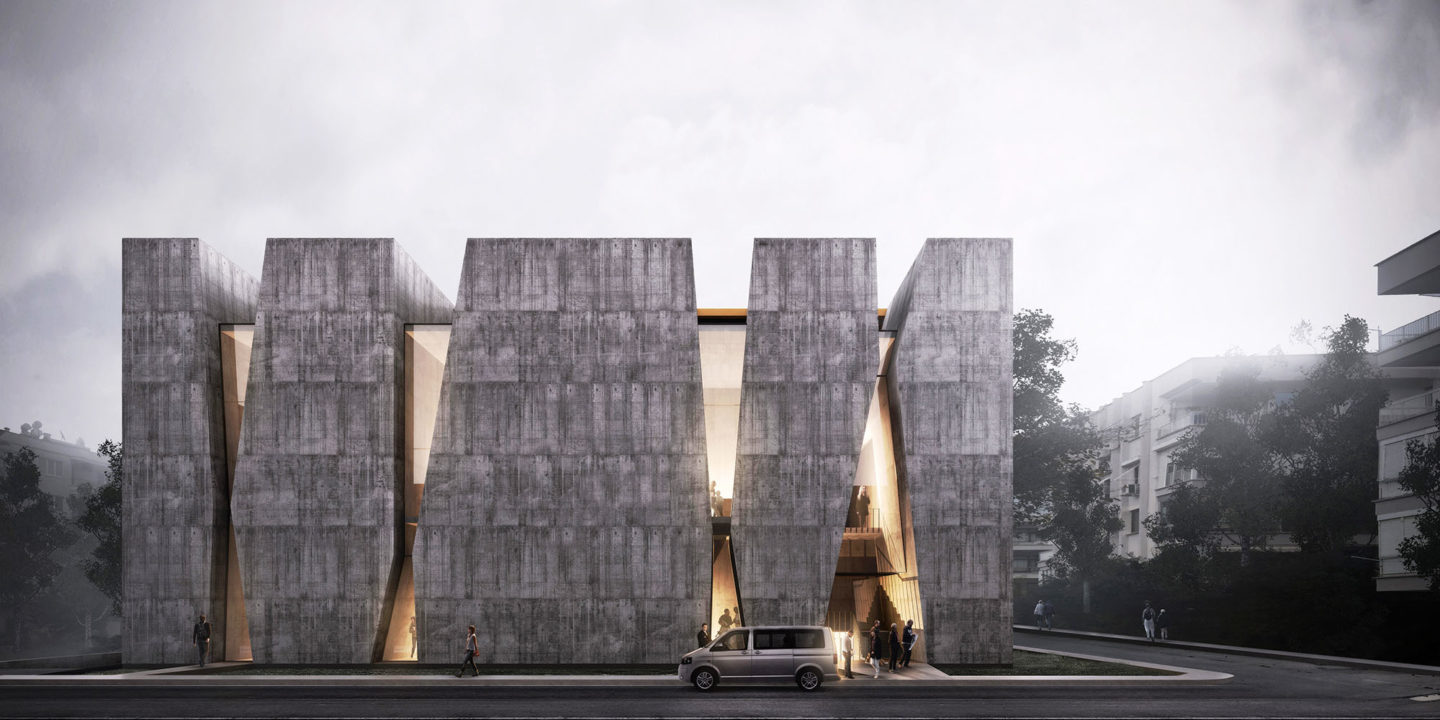 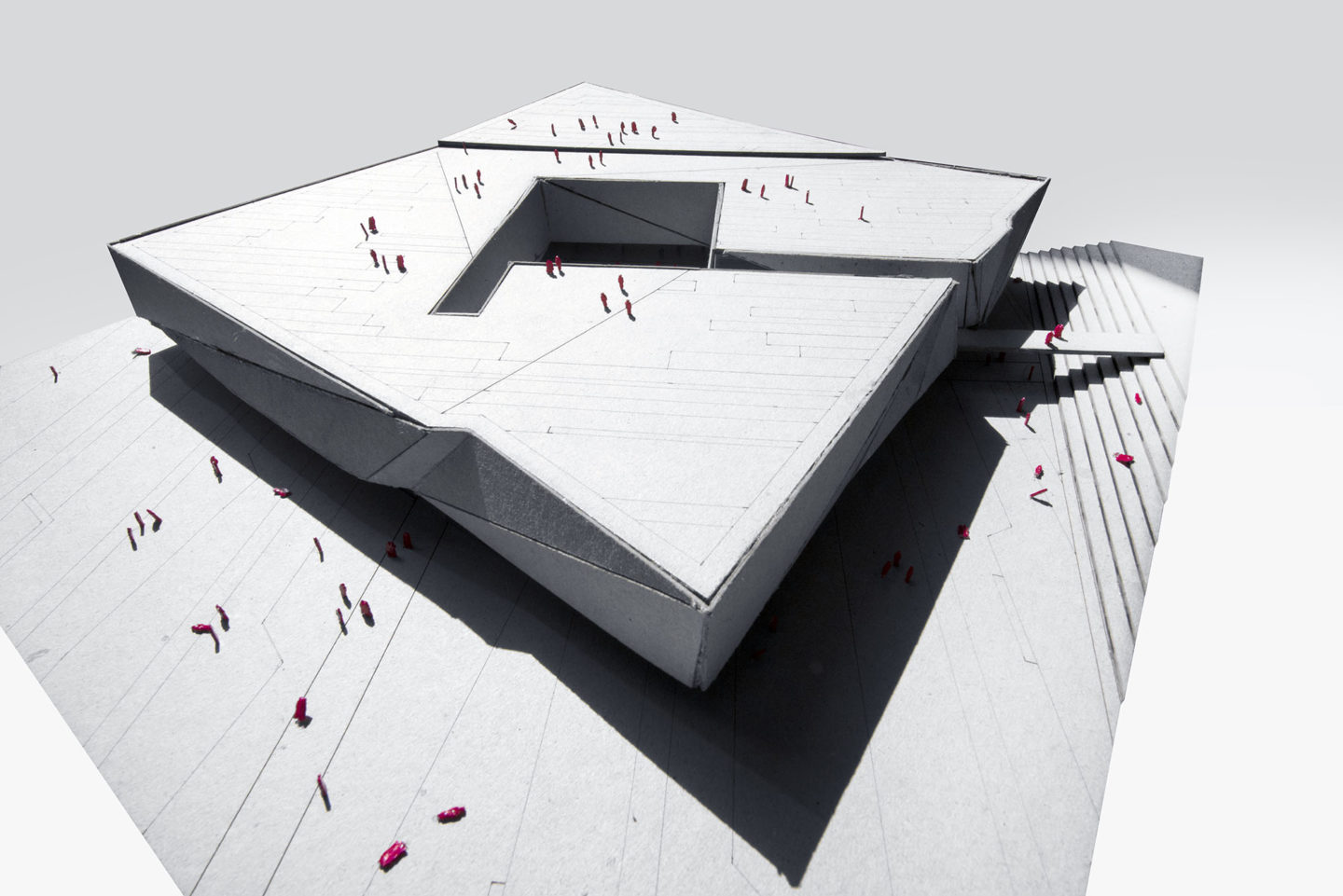 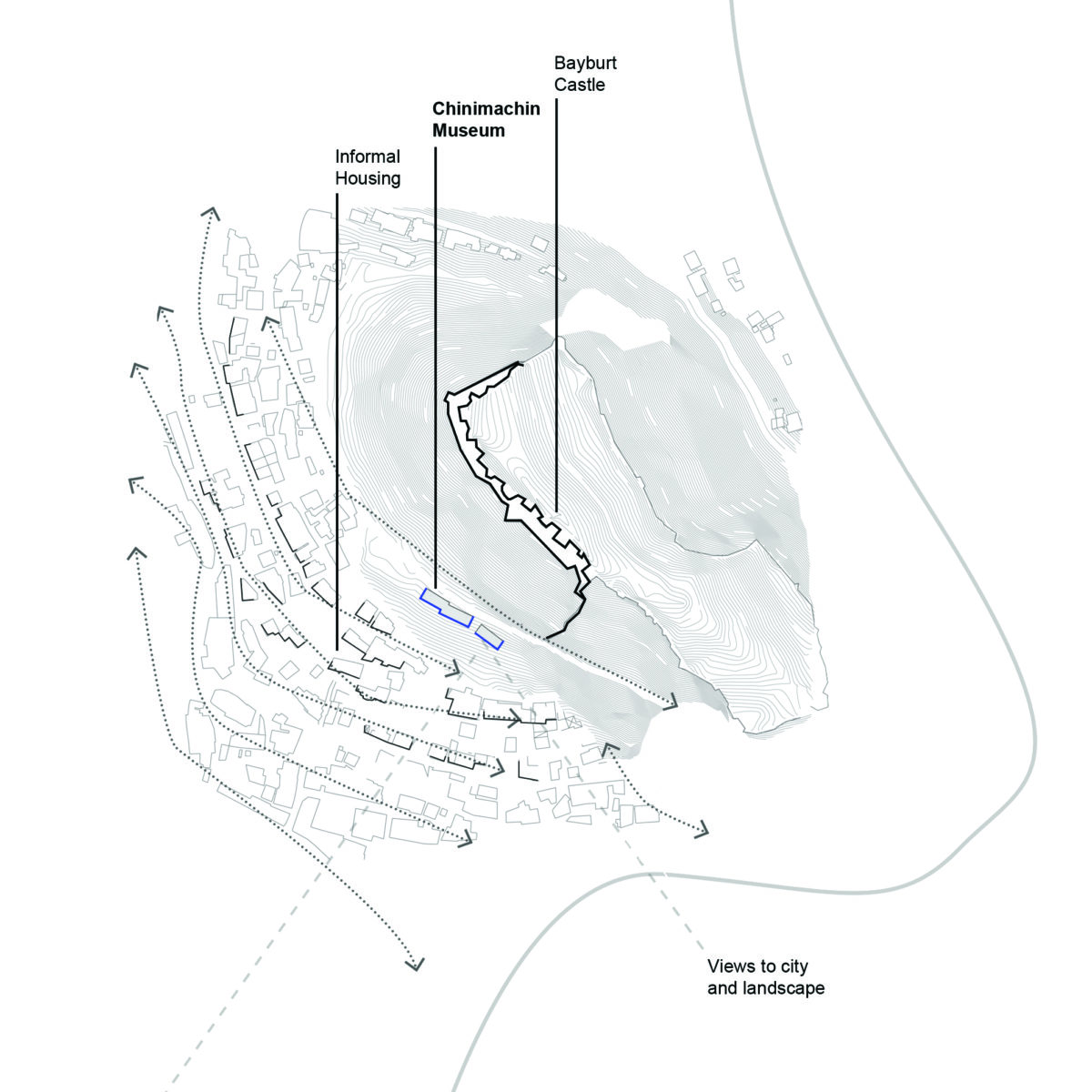 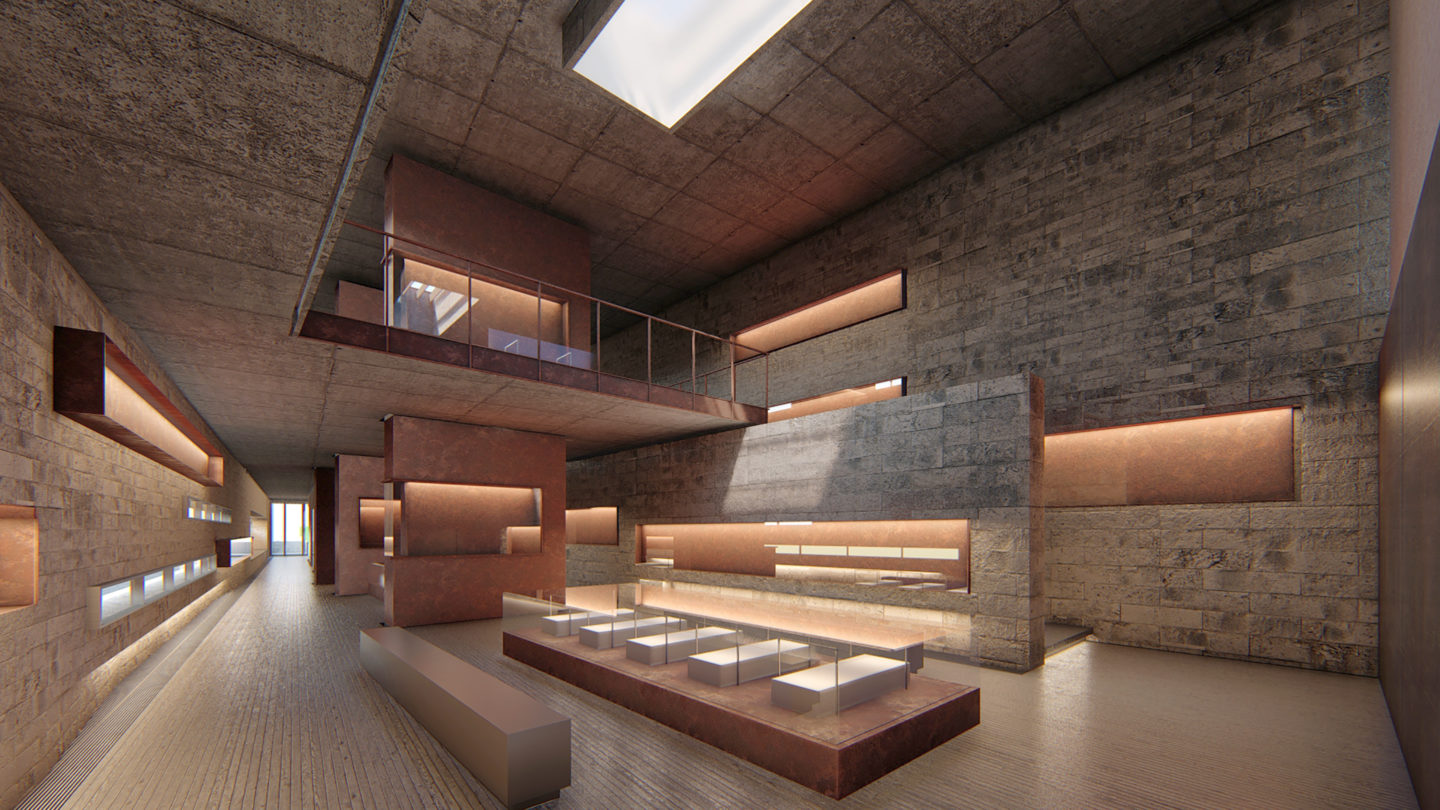 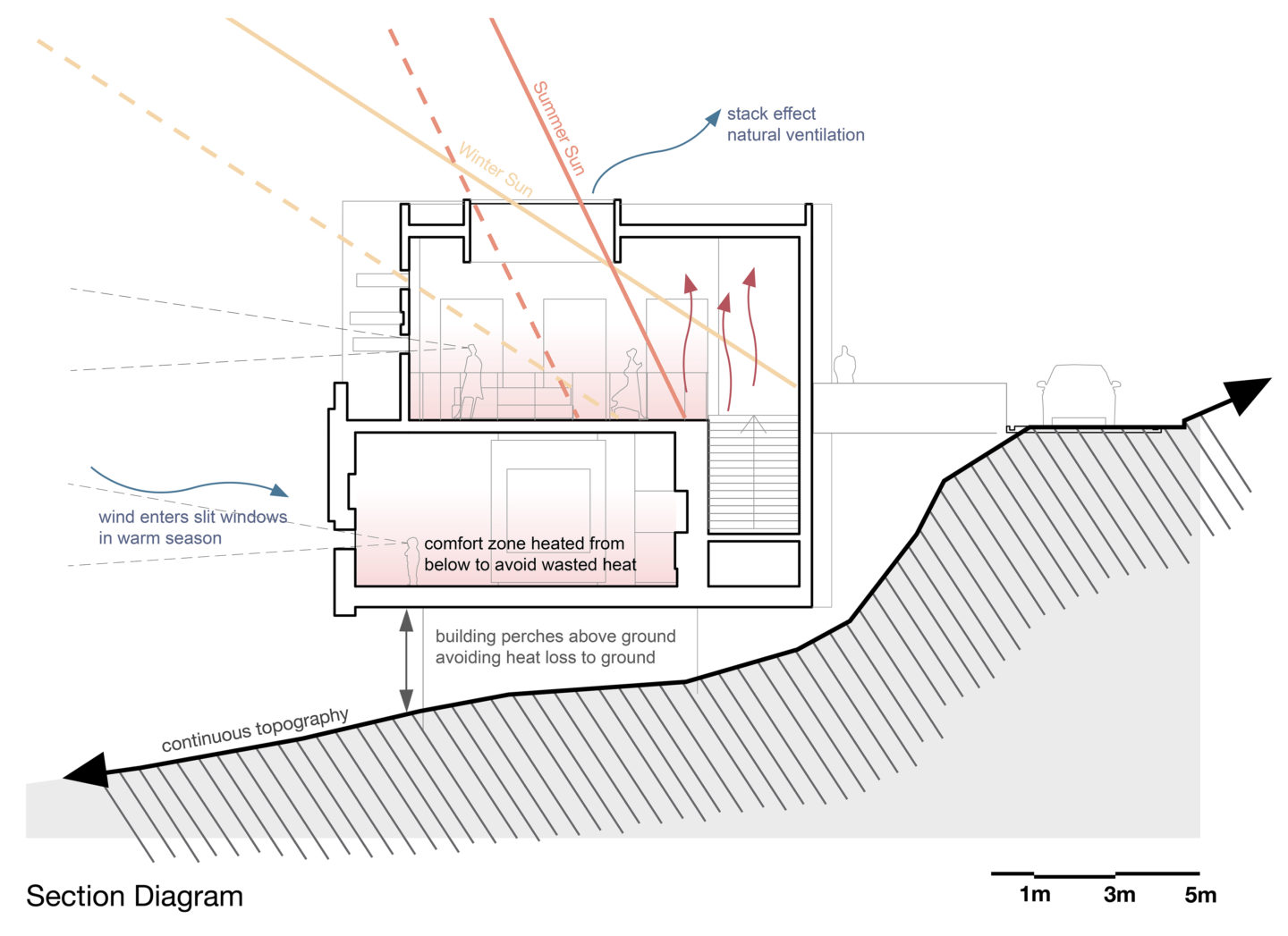