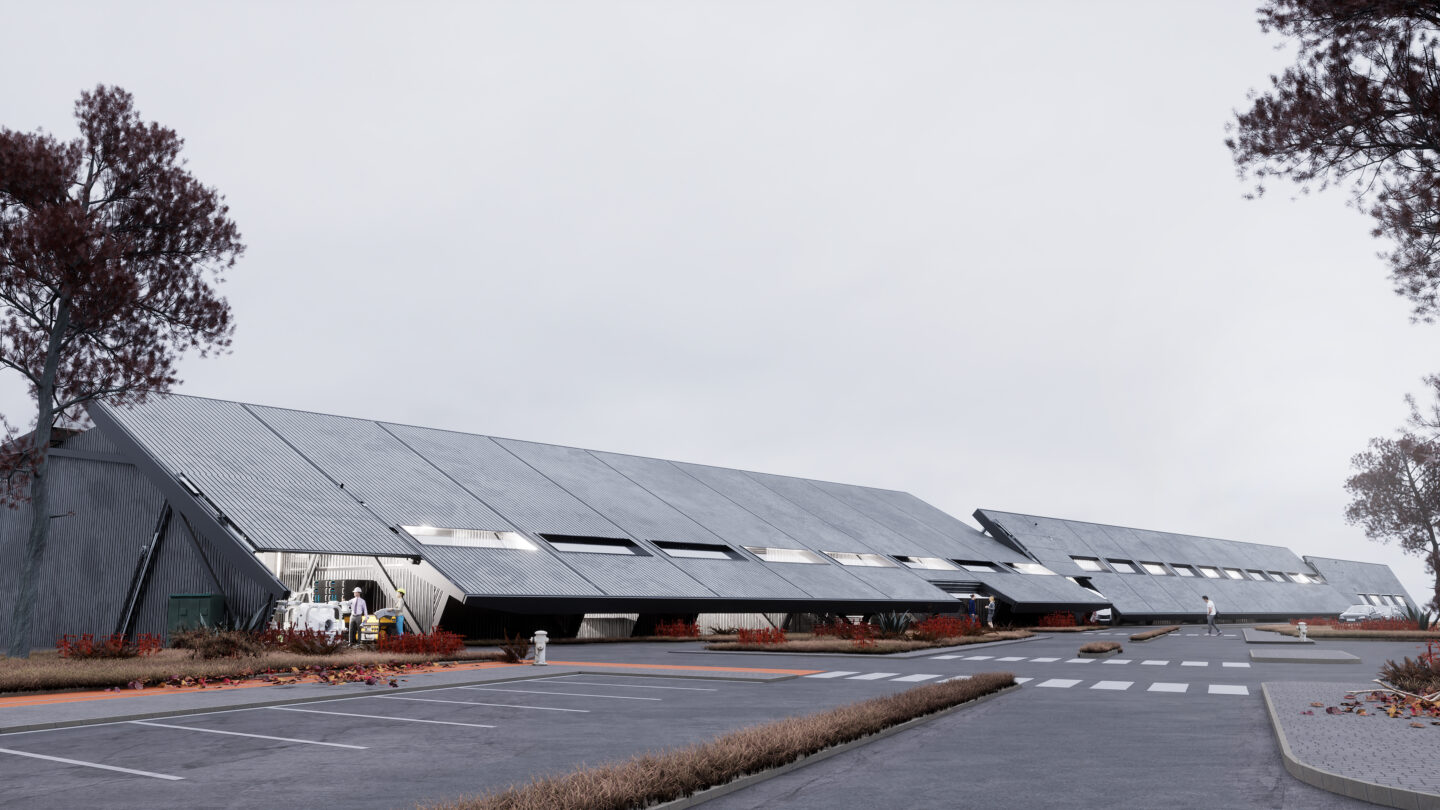 Fablonn is a prototyping base focused on producing and fabricating future technology within an education campus in Istanbul. It aims to maintain its production memory by preserving the existing reinforced concrete/brick mixed workshop structure in the area. The building is planned to fabricate all its structural elements and add them to the existing workshop structure This holistic system is shaped by managing sustainable tools such as air conditioning, building envelope, sunlight and noise control, and energy conservation. The program is organized under two main headings office units containing the work areas and fabrication units where technology is produced. While these units are separated from each other on the ground floor, they come together on the basement floor to offer intermediate spaces. 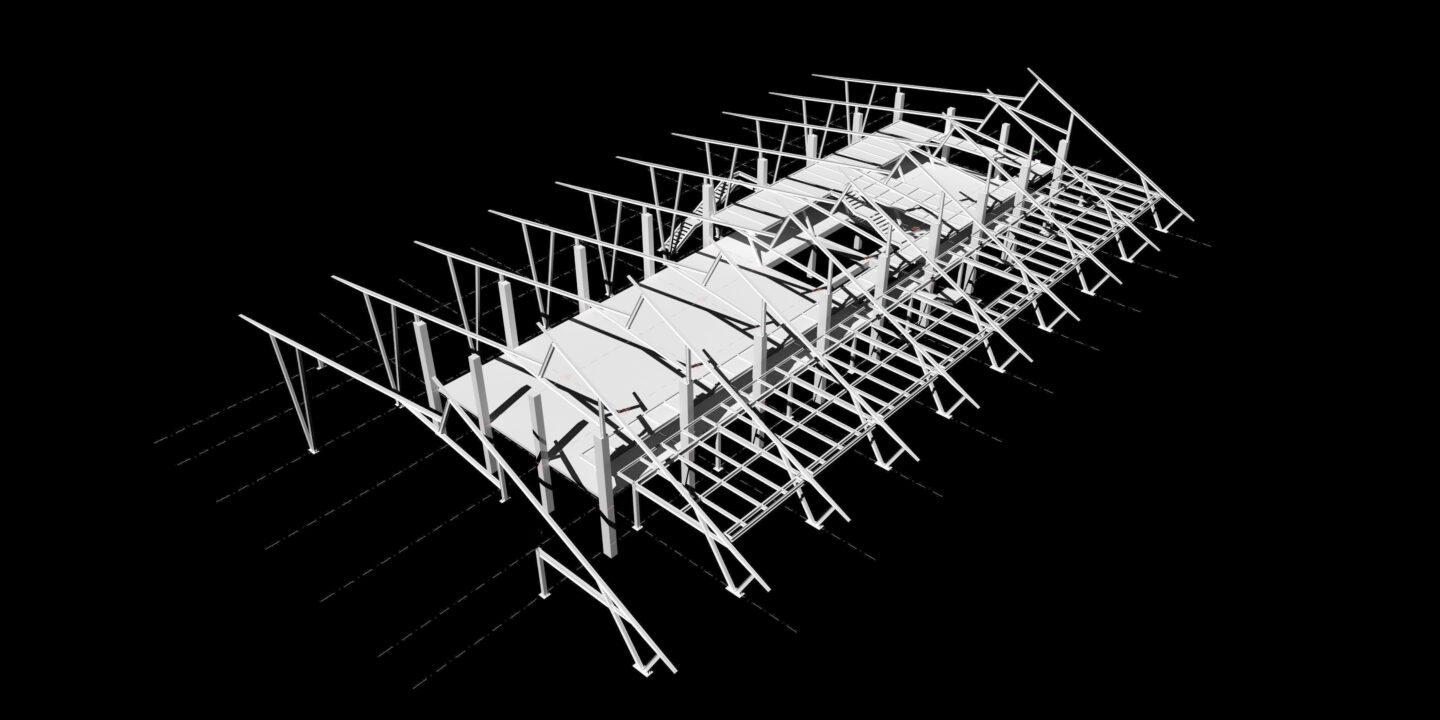 Memory and Sustainability
In the design area, there is a reinforced concrete/brick mixed workshop structure. Production memory is one of the main elements adopted by the project. It is critical to preserve this production memory and blend it with the technology of the future. Structural elements are articulated to the production memory piece by piece, just like lego, with fabrication production and assembly techniques, and by making them visible in the building, it is aimed to meet the whole process with the experiencer. This process also aims to keep the resulting carbon emissions in standard implementation processes to a minimum. 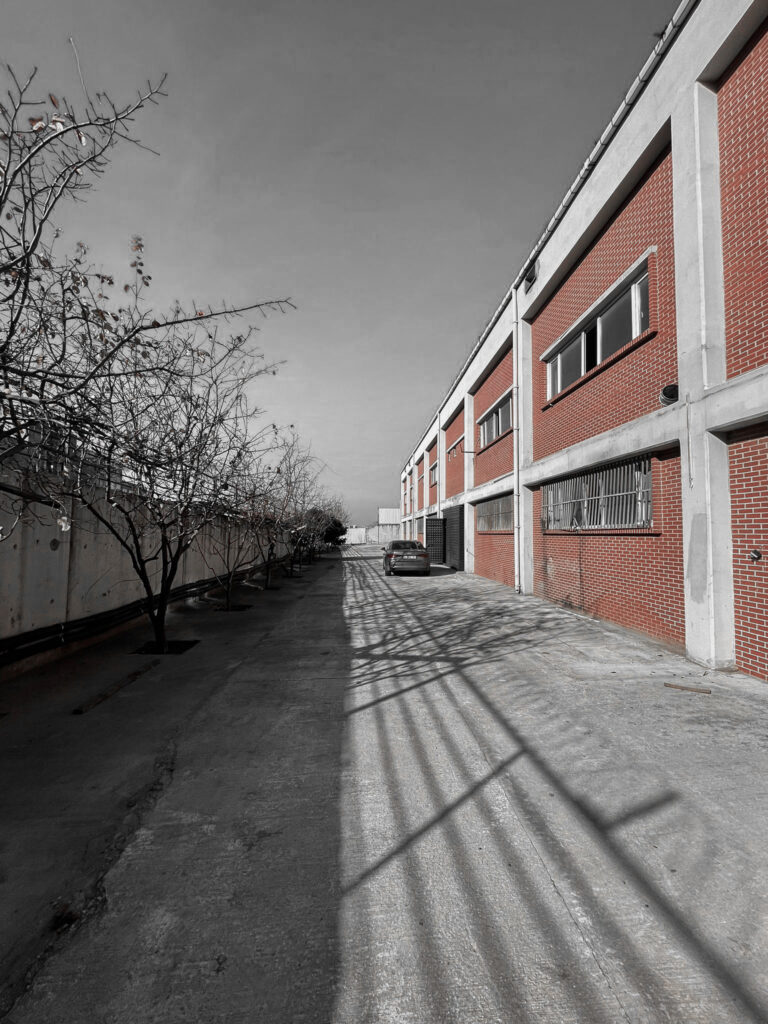 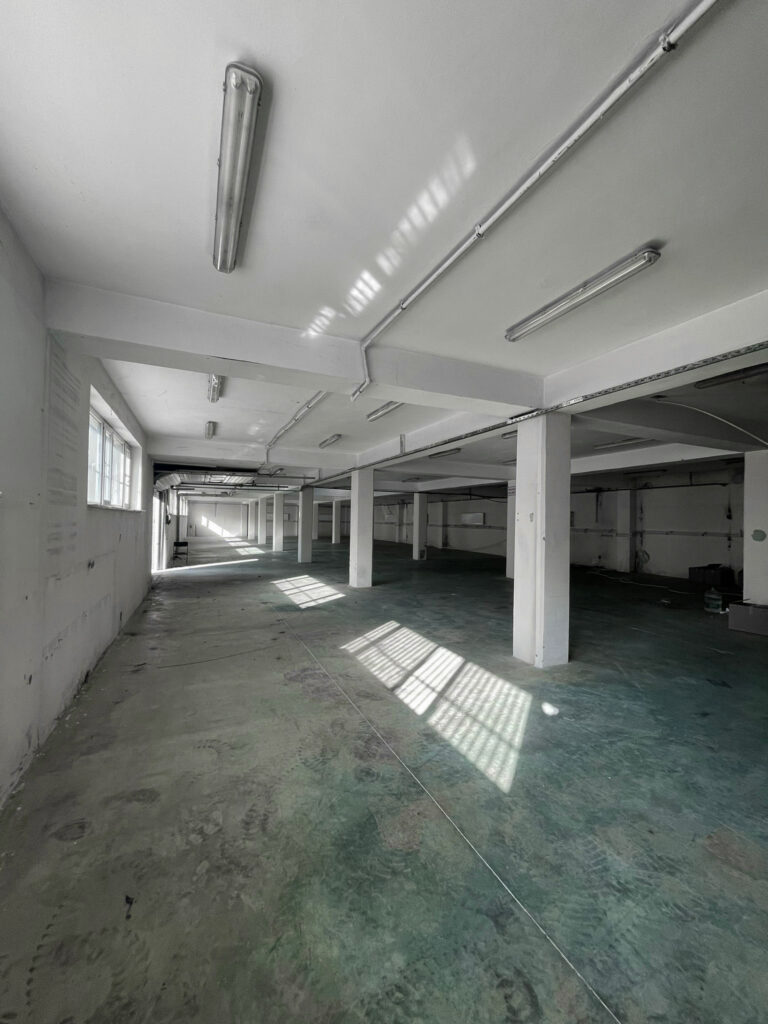 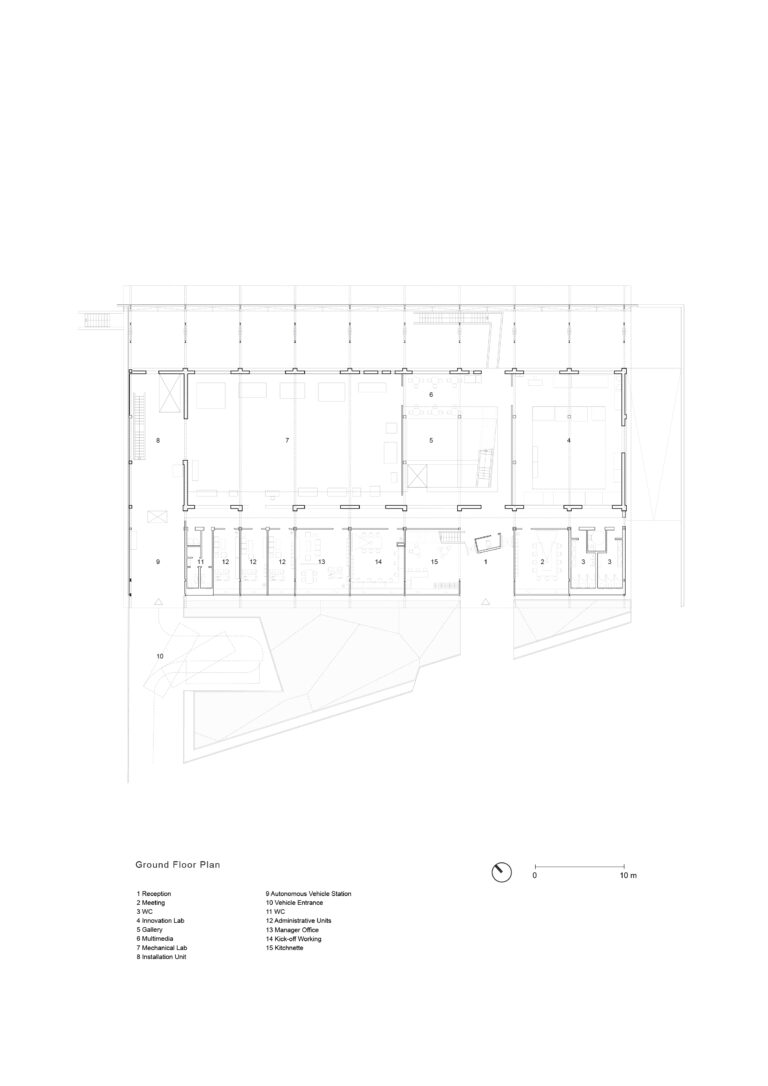 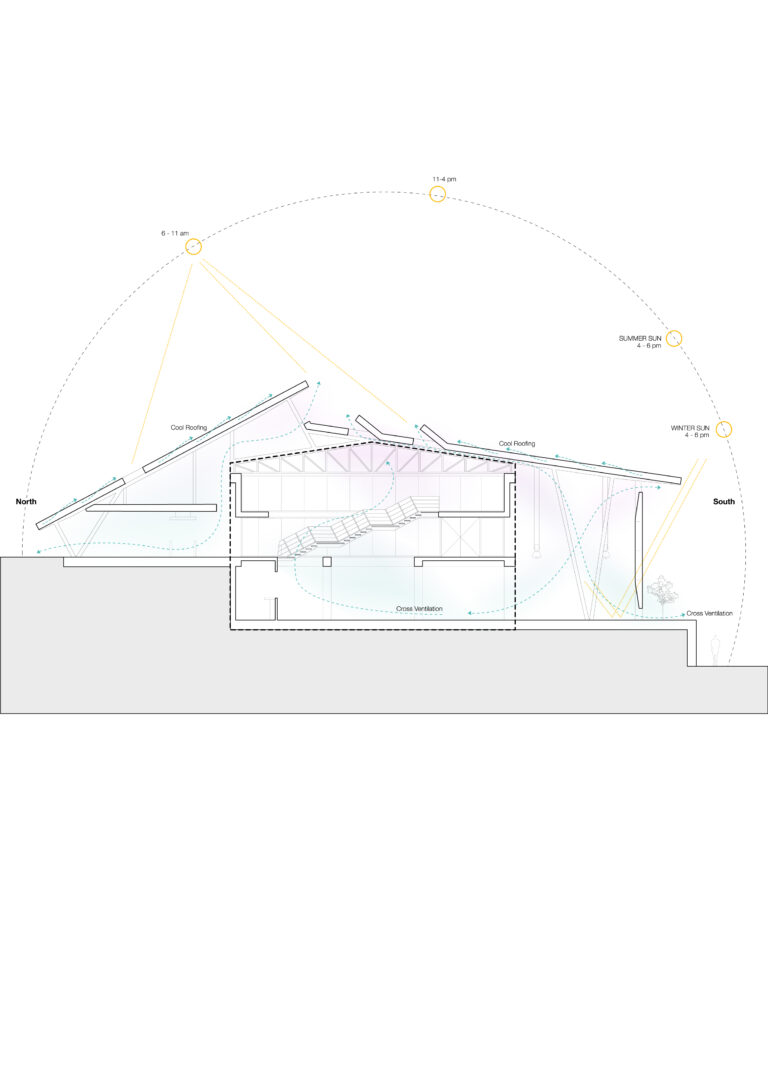 Passive Air Conditioning
In the area where the building is located, the prevailing wind directions were determined and the use of mechanical equipment was minimized by creating cross-ventilation between the existing structure and the shell placed on it. The south façade is designed as a glass to establish a visual relationship with the London asphalt street in front of it. It also creates a transparent effect between inside and outside by being operated with tension systems structurally. The length of the roof that casts shadows on the façade is optimized to control summer and winter sun. It is aimed to control the air circulation with the grilles placed on the facade. Placing industrial ceiling-type fans along the facade, directs the heated air to the vents in the summer and plays a role in the circulation of hot air in the winter. Thus, the electrical, mechanical, and energy costs of the building are reduced 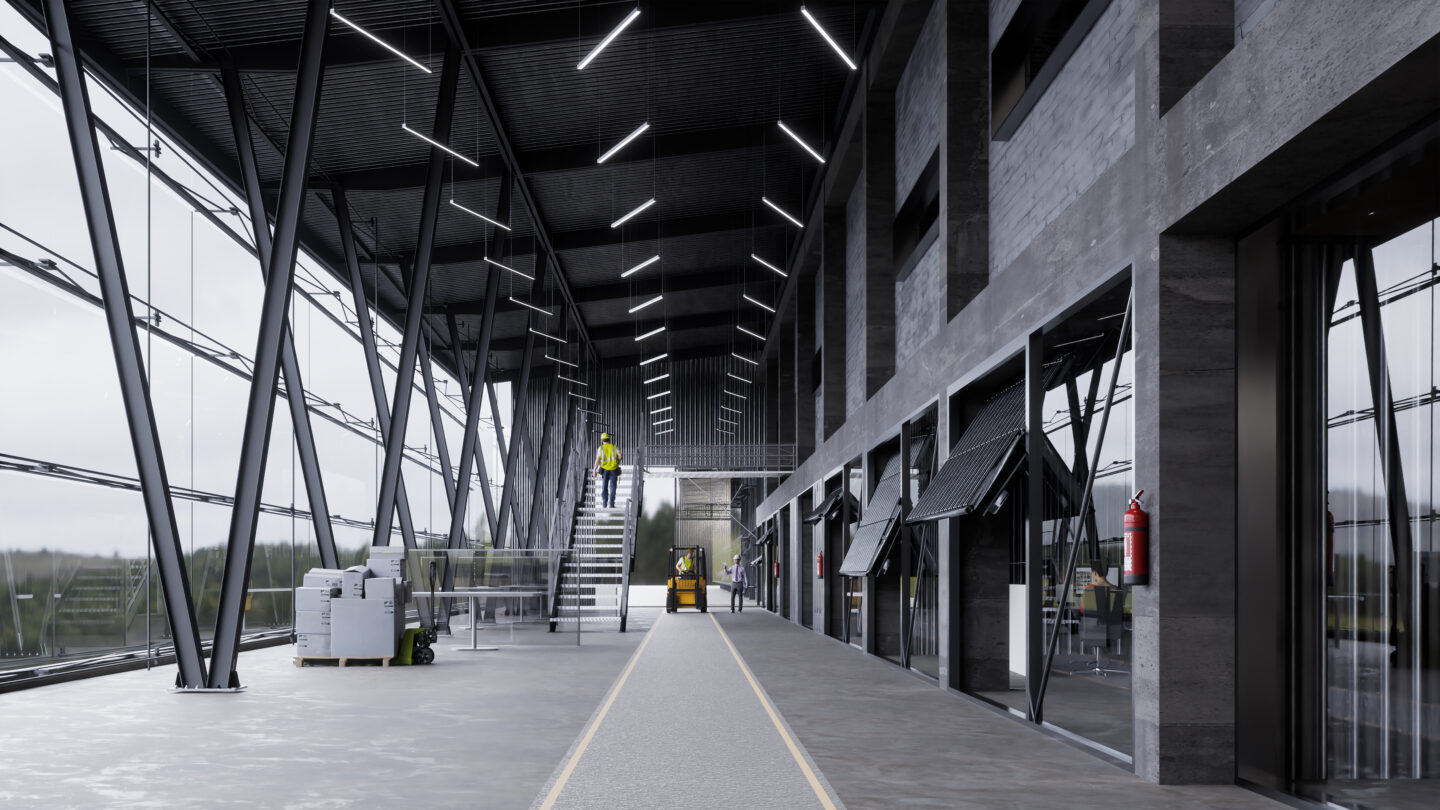 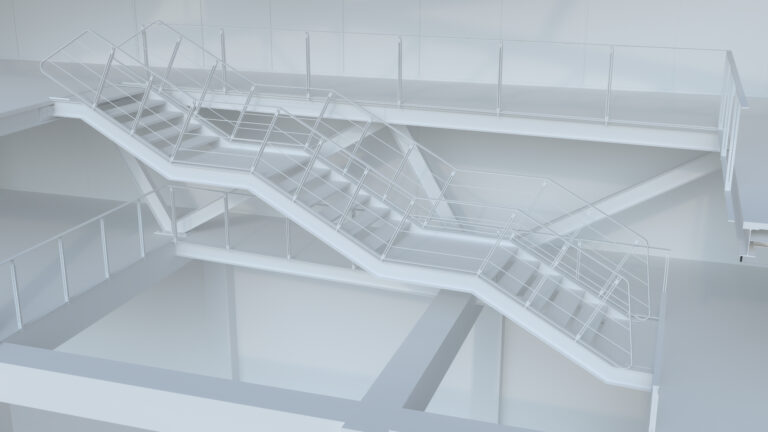 Next Generation Industry
The structure is designed as an autonomous system that will operate on its own. It is equipped with equipment such as sectional garage and photocell doors, electronic skylights, and hydraulic freight elevators. The ground floor is constructed over two points, autonomous vehicle entrances, and visitor entrances. in parallel with innovative programs such as charging and autonomous vehicle stations, assembly areas, manufacturing and innovation laboratories, multimedia areas, and creative thinking areas. A hydraulic freight elevator connects the basement and ground floor. Thus, the load and autonomous equipment flows are provided from this area in the assembly area. The basement floor consists of a mixed office/laboratory units designed for private companies and start-up teams. The interior of the units can be shaped according to the demands of the teams. Each unit opens to the forklift and robot axle in front of the south façade. While robots and forklifts move in this area, teams also have the opportunity to work together in assembly areas reserved for teams. 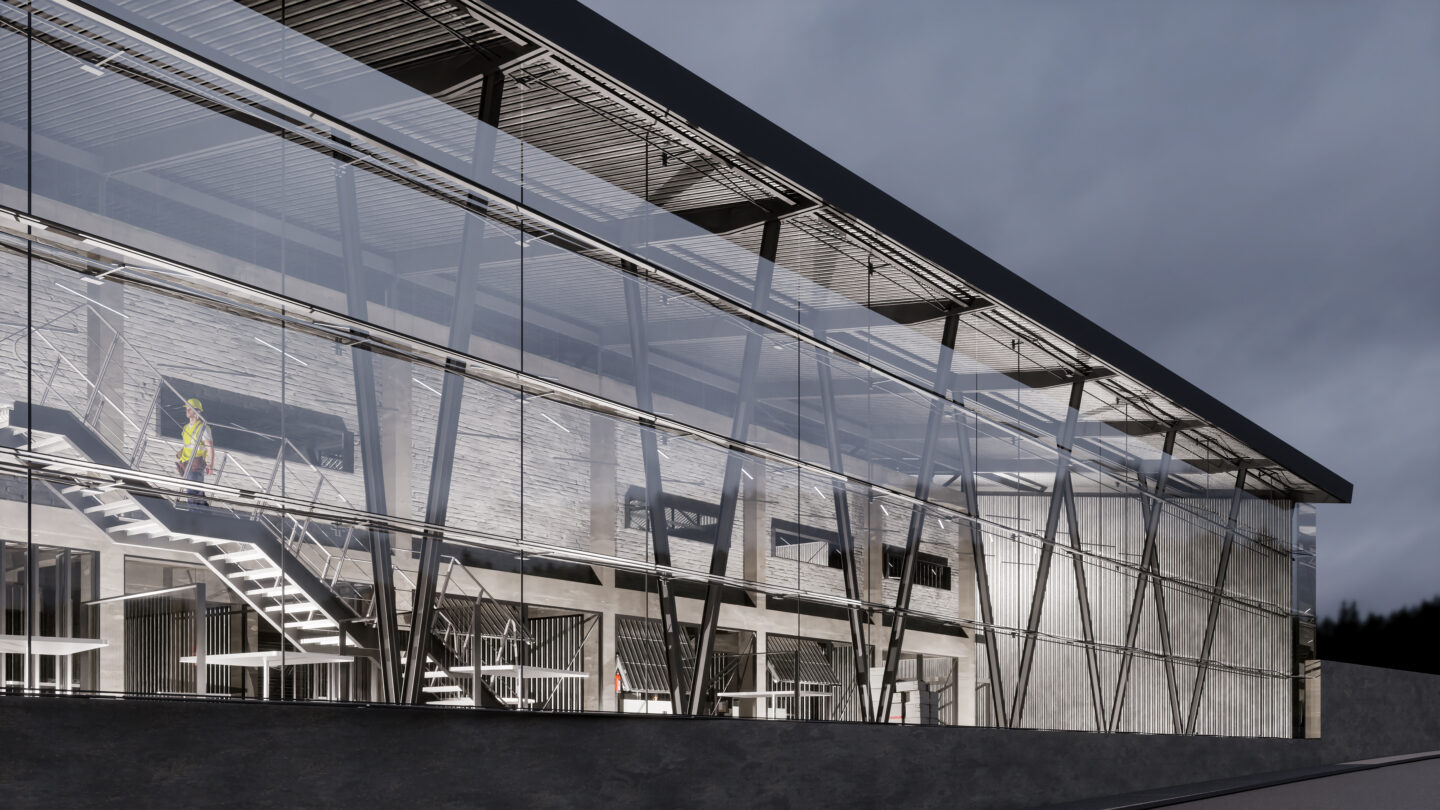 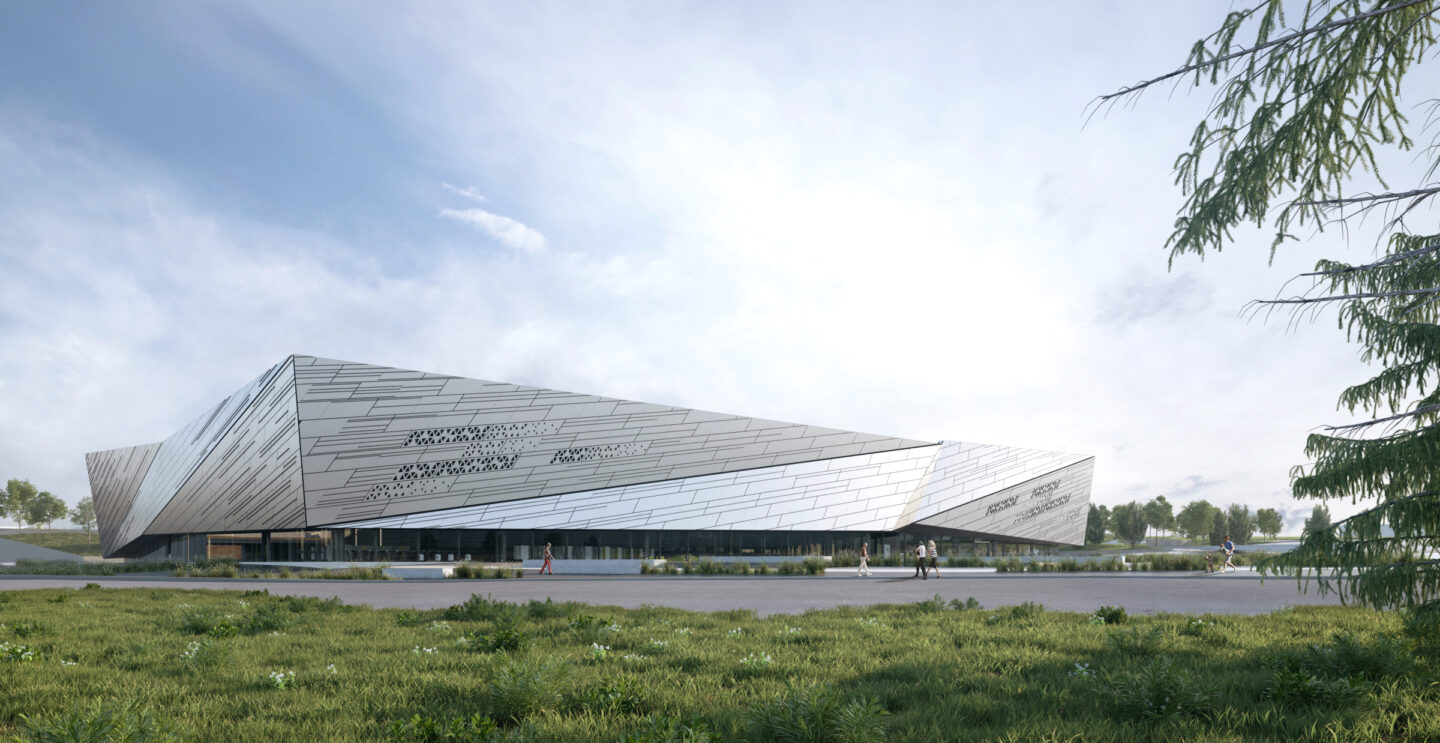 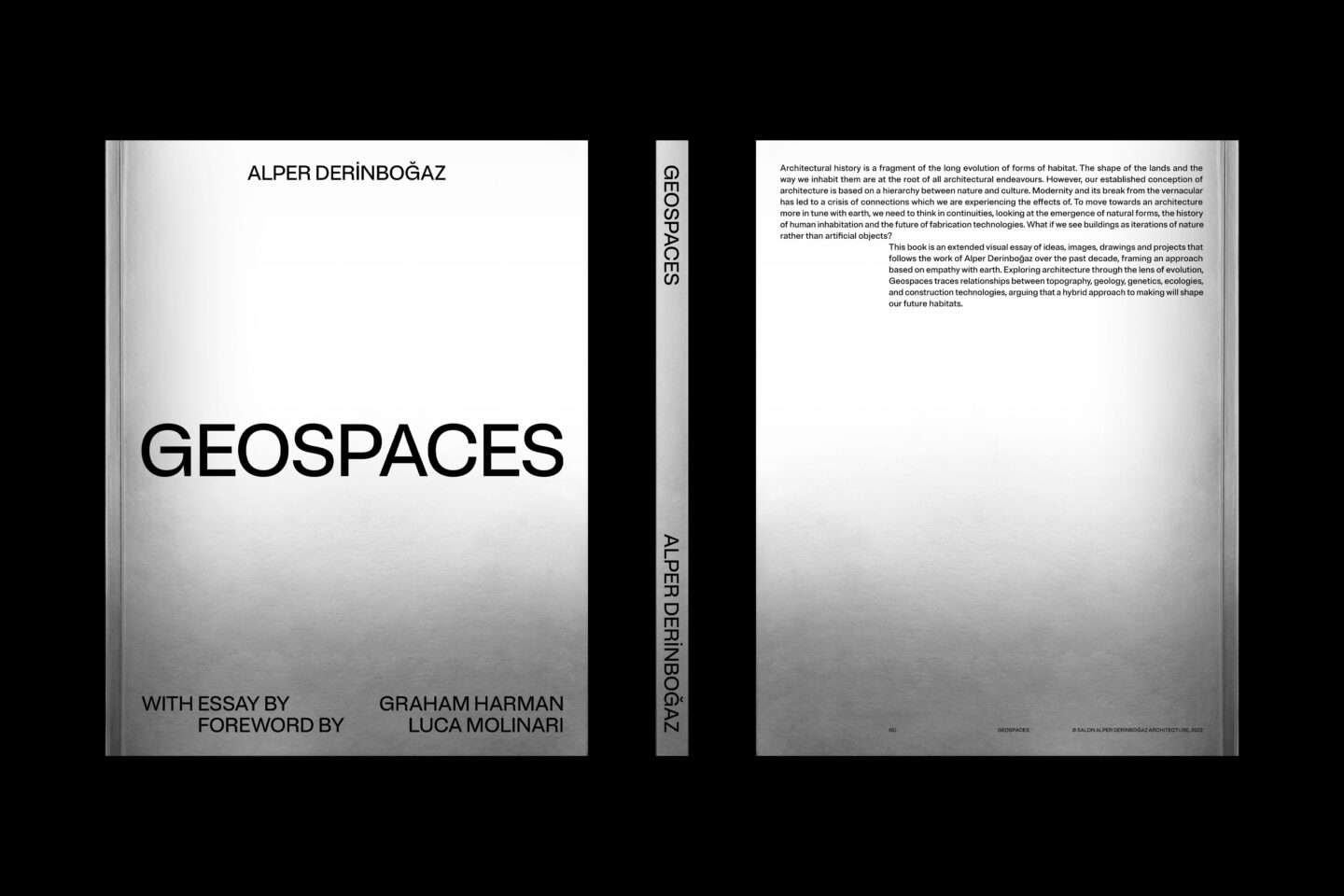 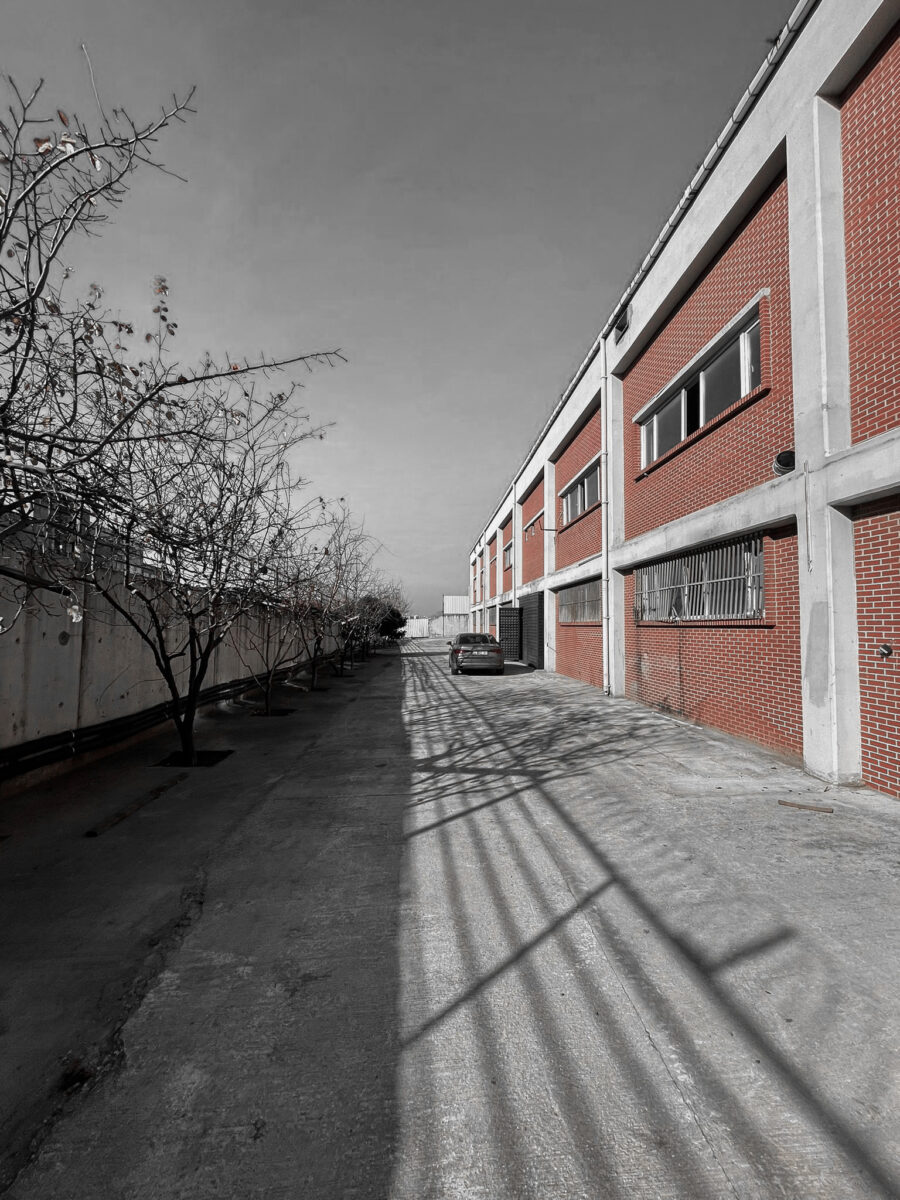 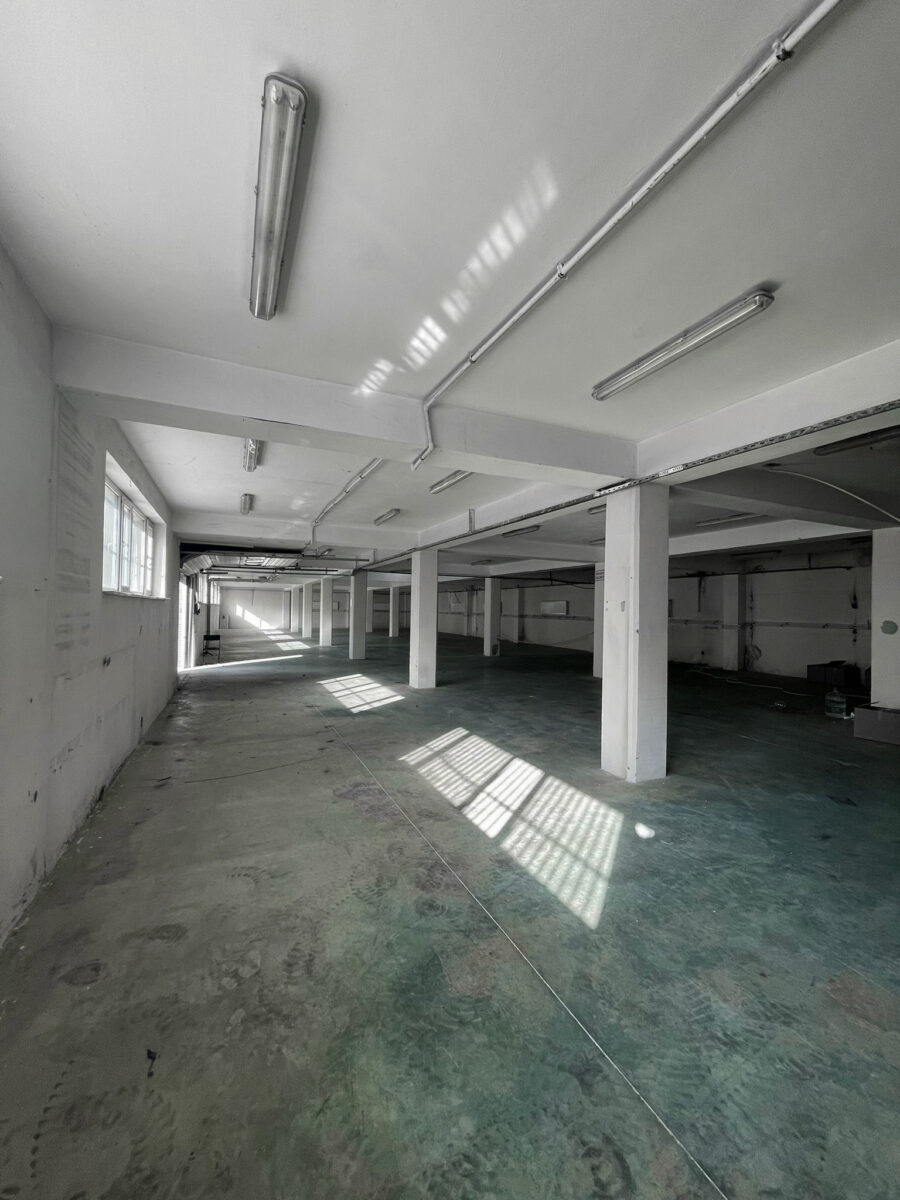 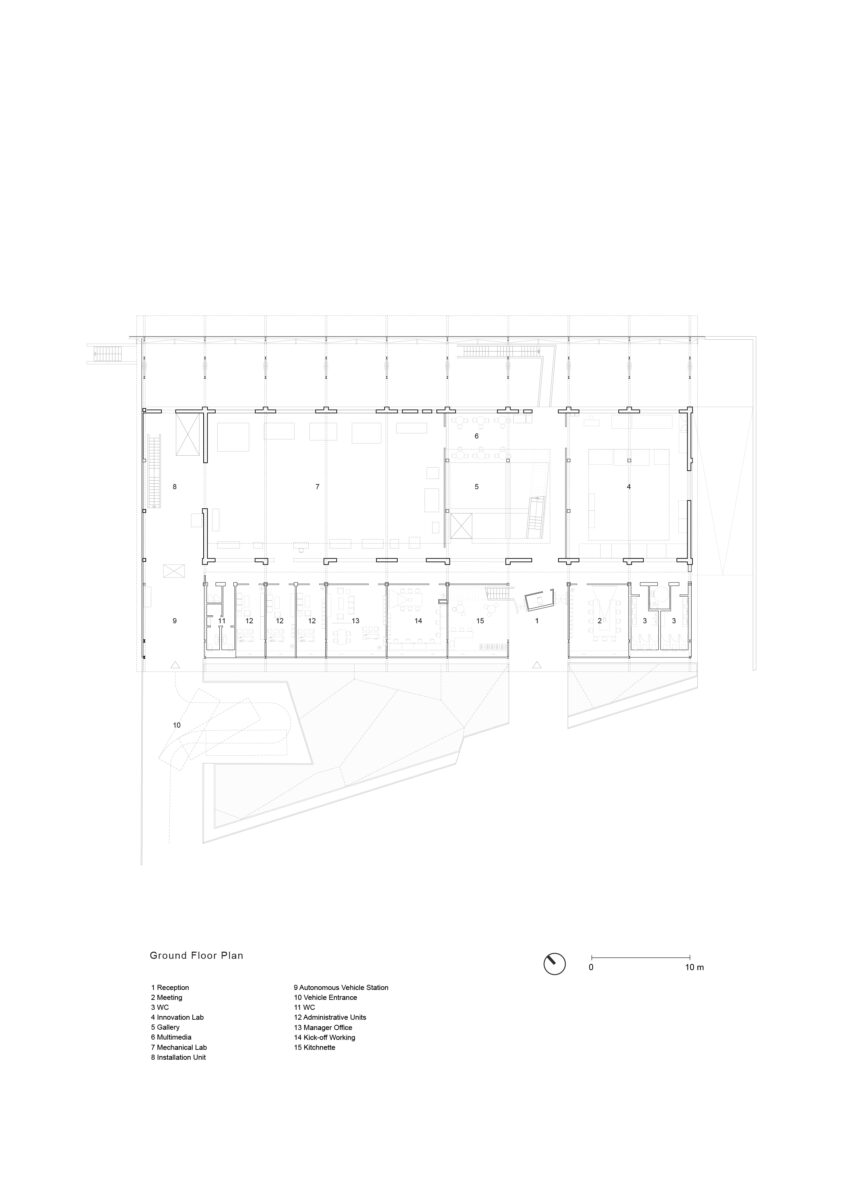 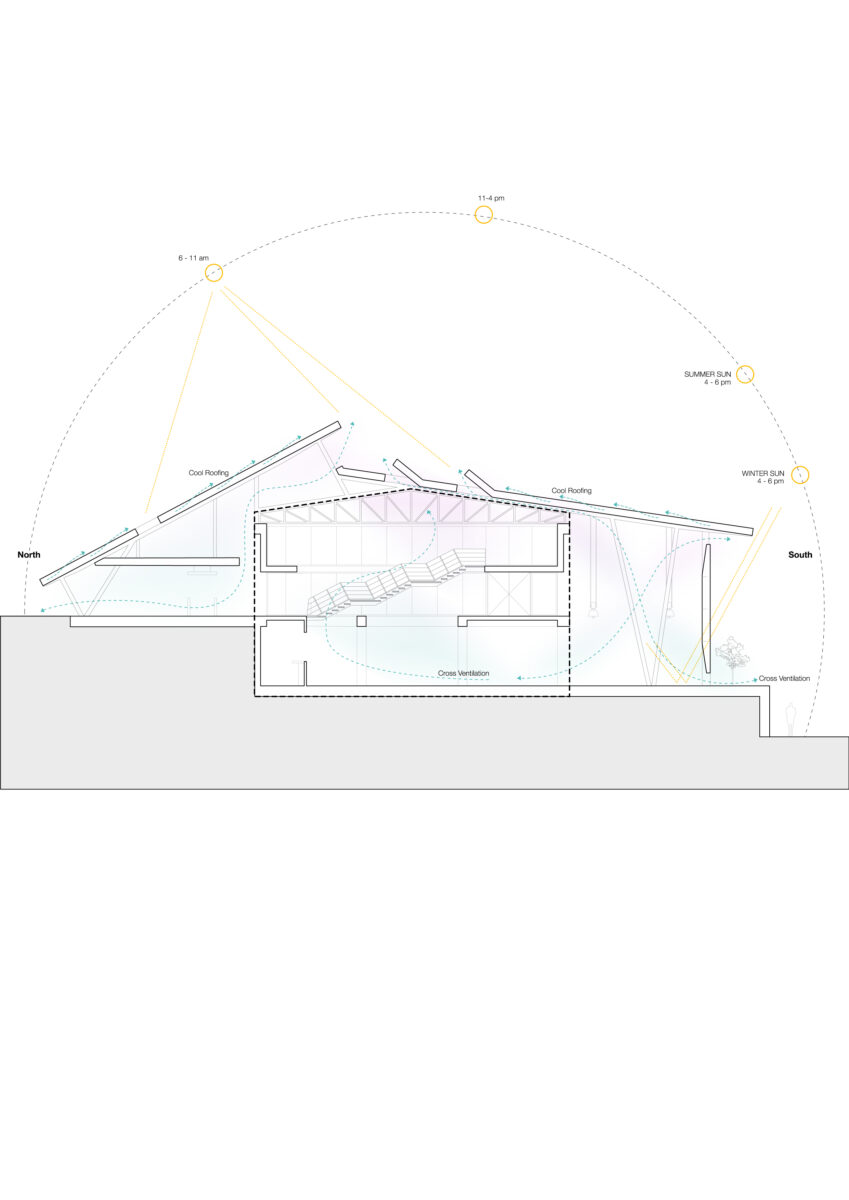 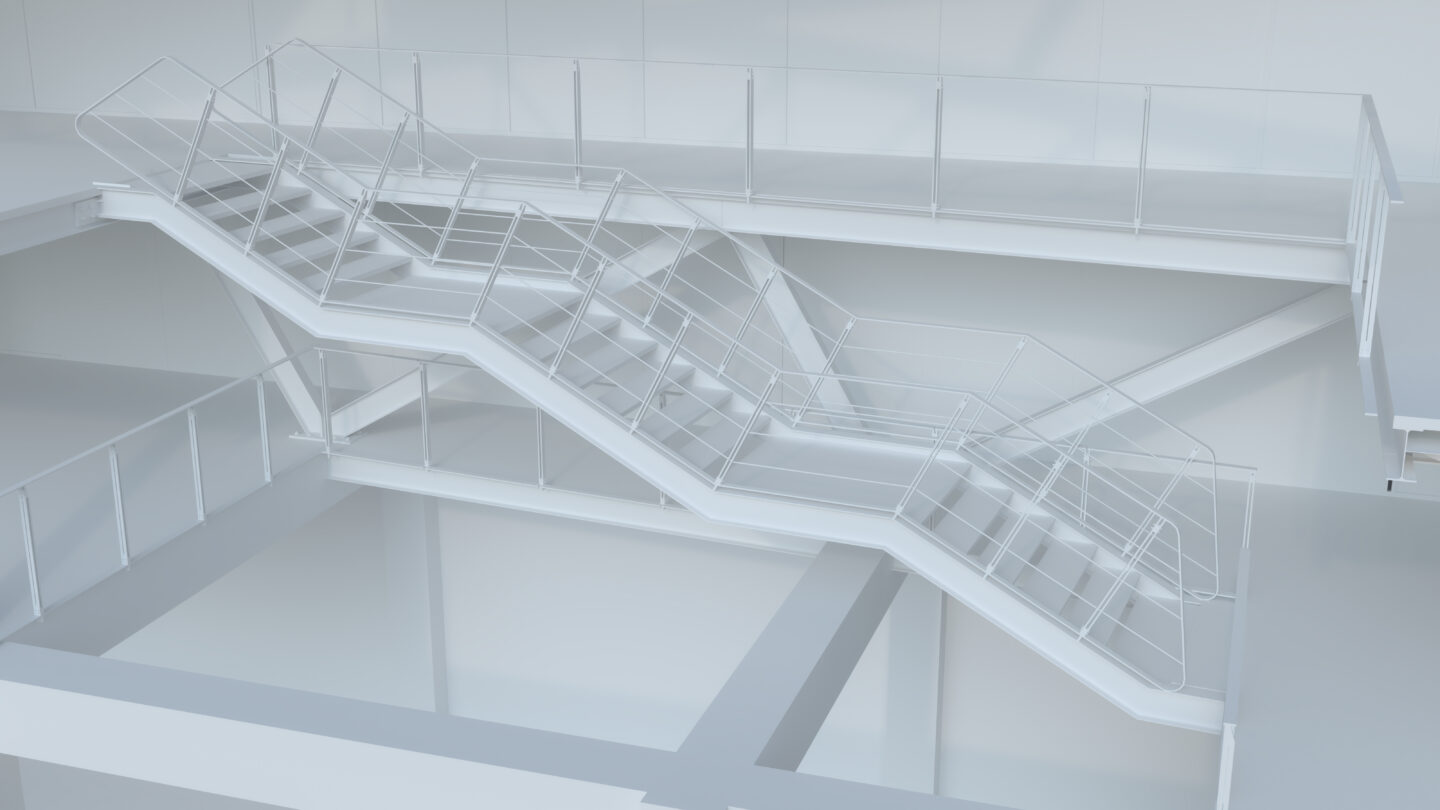